AR Segments is a concept to be used with Sports AR Glasses that allow users to compete against themselves, friends and other Strava users. Using recorded data and perceivable 3D elements, this feature was conceptualized to become part of the product's spatial experience while running.

Strava is a well known product for runners, cyclists, swimmers and other athletes and enthusiasts with over 42 million users. For regular users, Strava is more than just a way to record their own data, such as their time or heart rate during a run, but it has also become a space where they can compare their performance with friends and other users in the app who do similar workouts .

A survey was conducted with 10 people who run at least once a week. Out of the 10 people, 8 use or have used Strava to record their workouts. Out of those 8, 7 were aware of the existing segments feature in the current app, but only 2 people used it in a regular basis. People manifested that, although they think the segments feature is a great way to push themselves to do better and compete with friends and other users, they are hard to plan in advance. Regular segments users also think that it is inconvenient to look at your phone to know how well you are doing while completing a segment. 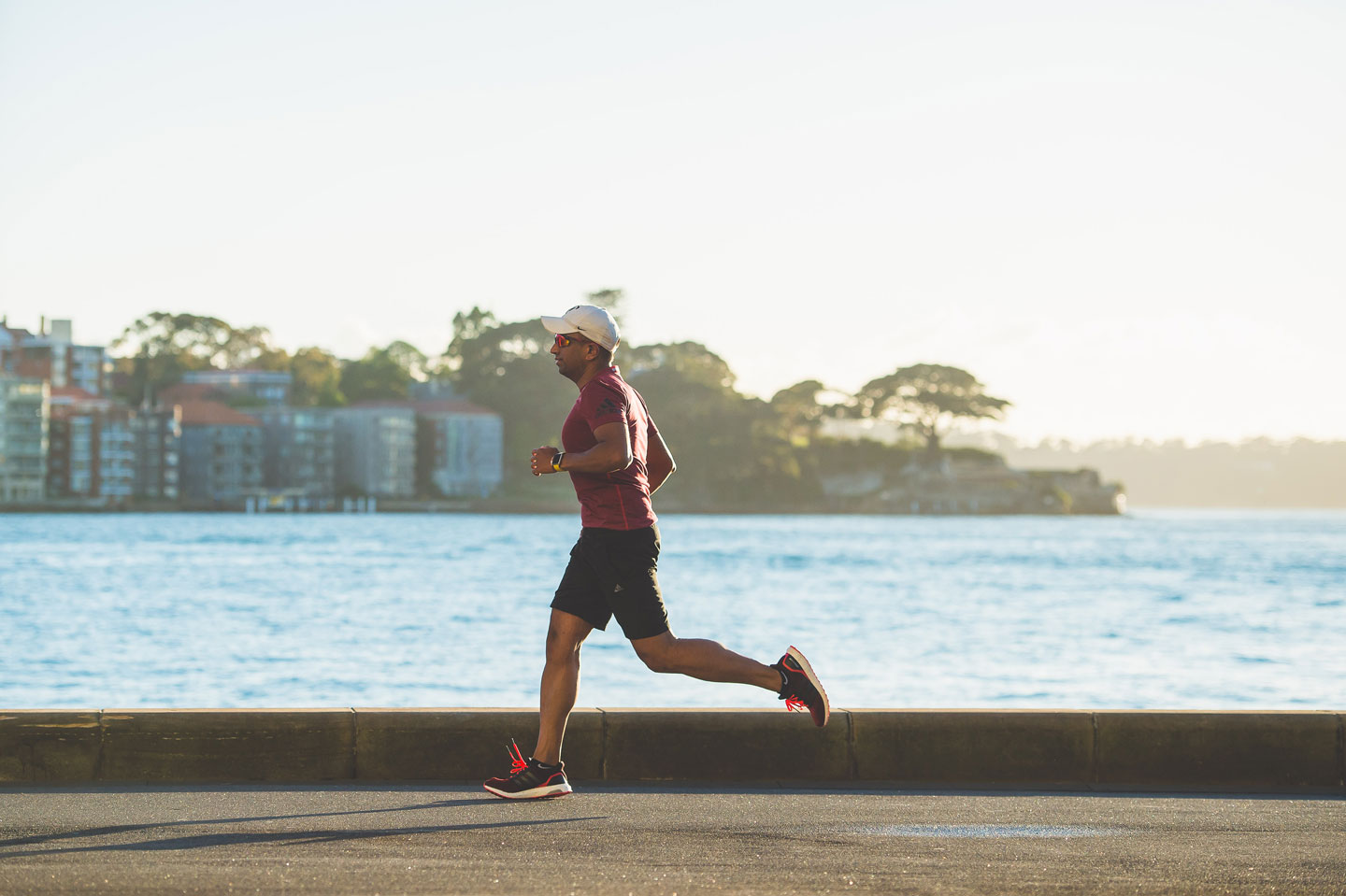 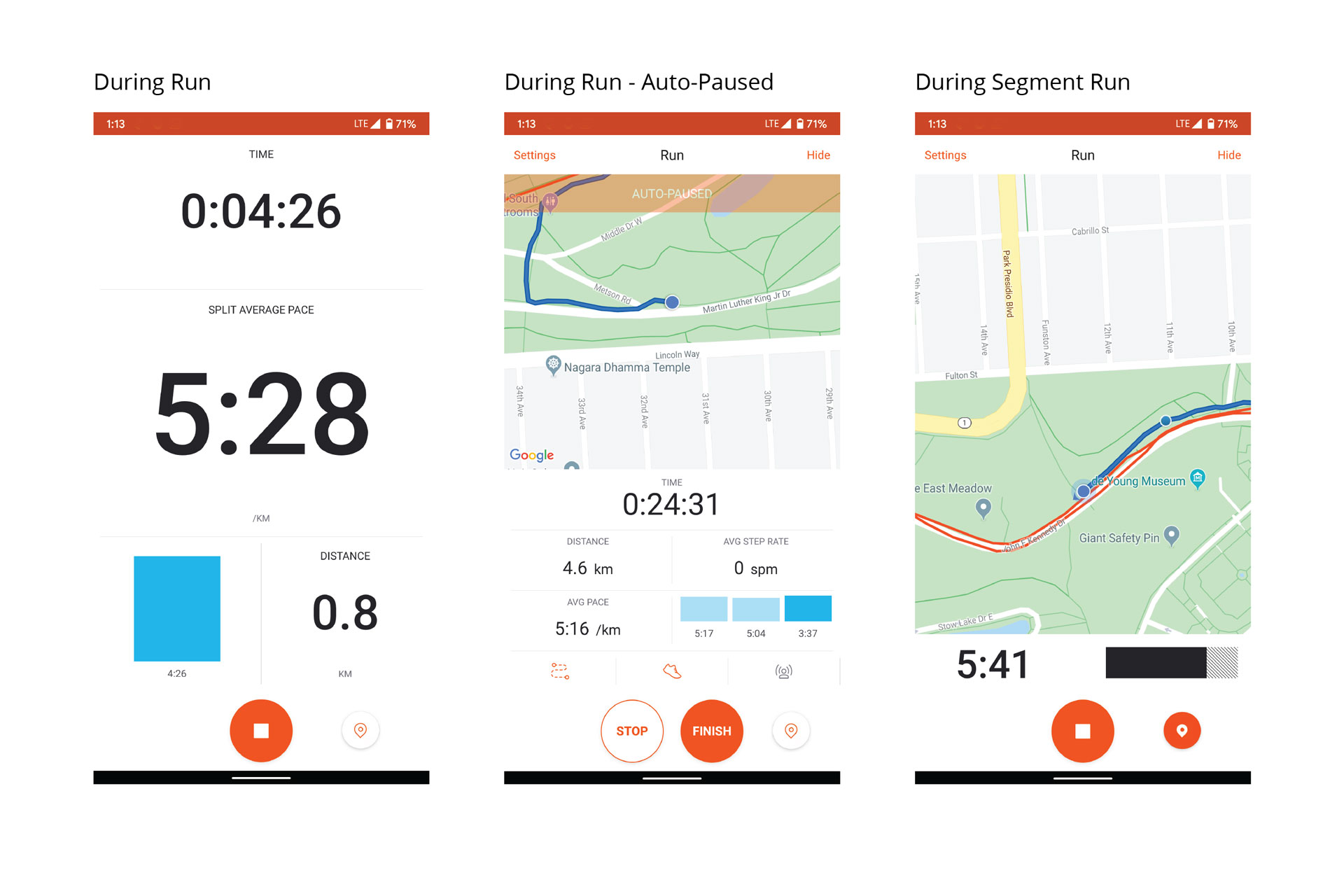 As users manifested the importance of metrics, such as minutes per kilometer or mile, it was decided to bring these elements as part of the experience for the sports AR glasses version, where users could have access to it without having to check their phones or watches. 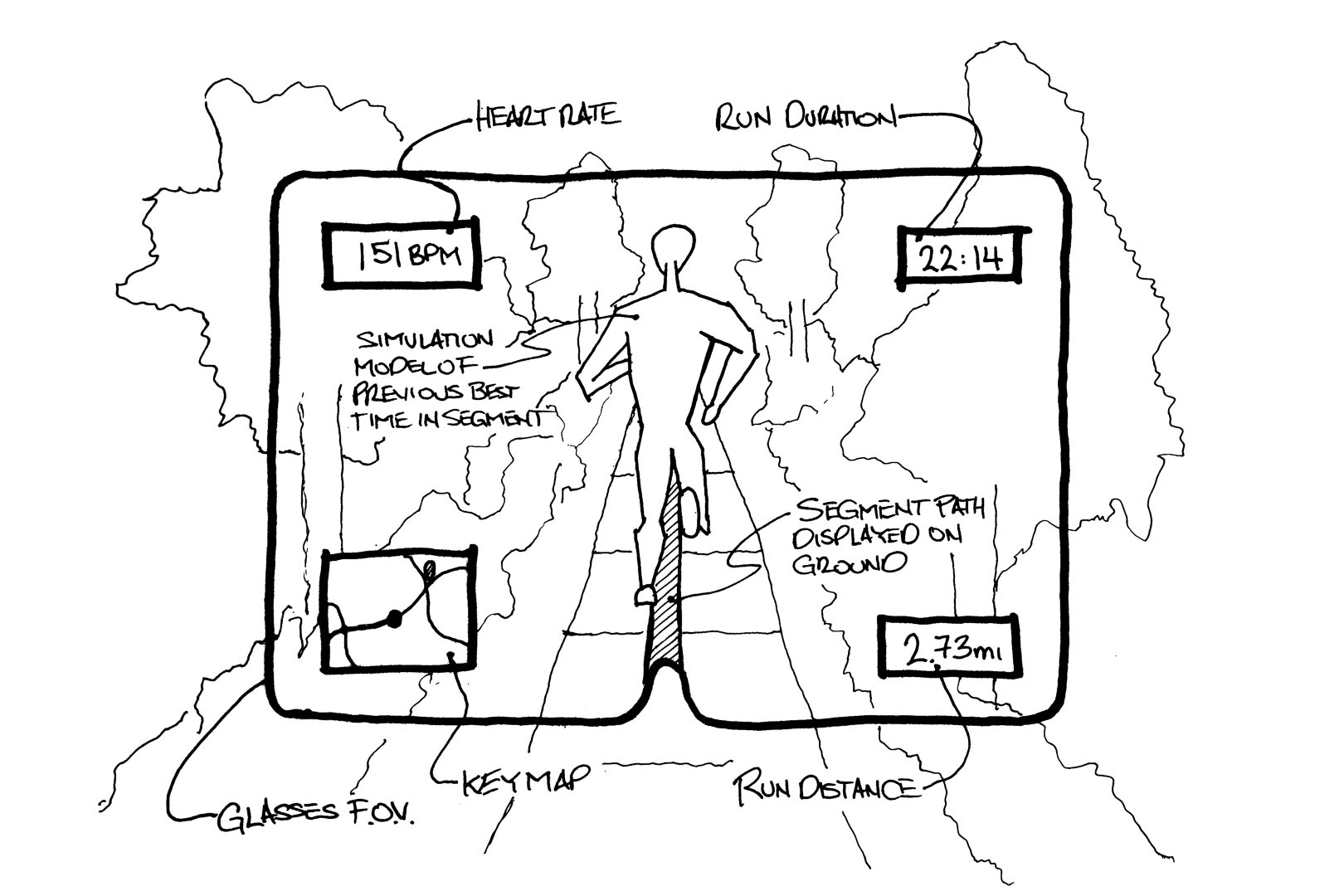 The segments feature was imagined a step further, using Augmented Reality, the segments are visible and make part of the workout experience. While completing a segment, the user has the ability to compete against themselves, friends or other Strava users, which allows them to push themselves as they would in a race.